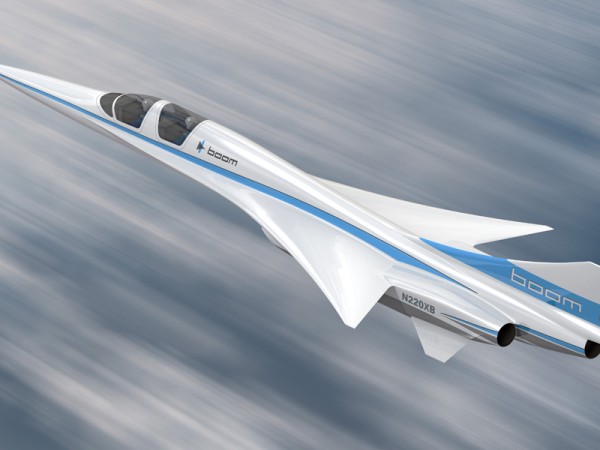 Flight times between Sydney and Los Angeles could be halved if plans for a new supersonic jet get off the ground.

The XB-1 Supersonic Demonstrator, a prototype of a larger airliner and nicknamed the Baby Boom, was unveiled at a hangar in Colorado on Wednesday by US-based Boom Technology and Richard Branson’s Virgin Galactic.

The jet will be 10 per cent faster than the now defunct Concorde and two-and-a-half times faster than current jets, meaning it will be able to cut flight times dramatically.

Travellers will be able to fly between Sydney and Los Angeles in less than seven hours and for much less than the price of a ticket on Concorde, which had its first commercial flight in 1976 and became famous not only for its sky-high airfares but its famous passengers including Mick Jagger and Elizabeth Taylor.

But falling passenger numbers and a fatal crash in 2000 ultimately led to its demise in 2003,

Boom chief executive and founder Blake Scholl said the Concorde was limited by technology at the time, something his company has overcome.

Boom’s airliner will offer a similarly premium experience to Concorde, with only one seat on each side of the aisle and flights at a higher altitude to cut out turbulence.

Boom estimates it would take just under seven hours to fly from Sydney to LA, including a refuelling stop, cutting the near 14-hour flight and costing around $3,500 each way.

A flight from New York to London would cost $2,500 and take just over three hours, down from around an eight hour flight.

The first test flight of the prototype is scheduled for late 2017. It will be built into an airliner three times its size, with Virgin Galactic having the option to buy the first 10 plane bodies produced by the company.

“I have long been passionate about aerospace innovation and the development of high-speed commercial flights,” Virgin Group founder Richard Branson said.

“As an innovator in the space, Virgin Galactic’s decision to work with Boom was an easy one.”